Monday October 1st… Dear Diary. The main purpose of this ongoing post will be to track United States extreme or record temperatures related to climate change. Any reports I see of ETs will be listed below the main topic of the day. I’ll refer to extreme or record temperatures as ETs (not extraterrestrials)😊.  Here is today’s main climate change related topic:

Frightening things are usually reserved for the end of October at Halloween, but what we will witness weather wise at the beginning of this month will have very scary climate ramifications. Boo! Welcome to October 2018, a time when there will be a weird witches brew of weird weather out of the norm for the United States.

First let’s see what sort of “tricks” Rosa will play on the United States. Remember this “ominous” post? http://www.guyonclimate.com/2018/09/27/extreme-temperature-diary-september-27-2018-topic-rosa-ominous-tumultuous-similarities-to-florence-and-harvey/ Perhaps it was too “monstrous” suggesting that Rosa would be about as disastrous as either Florence or Harvey. I did state that Rosa won’t, but the system will not produce many “treats” for the U.S. save some much needed rain in the drought plagued Desert Southwest. It’s very unusual to see flash flood watches in place for the Southwest in October:

States from Arizona to Idaho are plastered with flash flood watches ahead of Tropical Storm Rosa, whose near-record October moisture is already sweeping inland https://bit.ly/2P3Y2gi 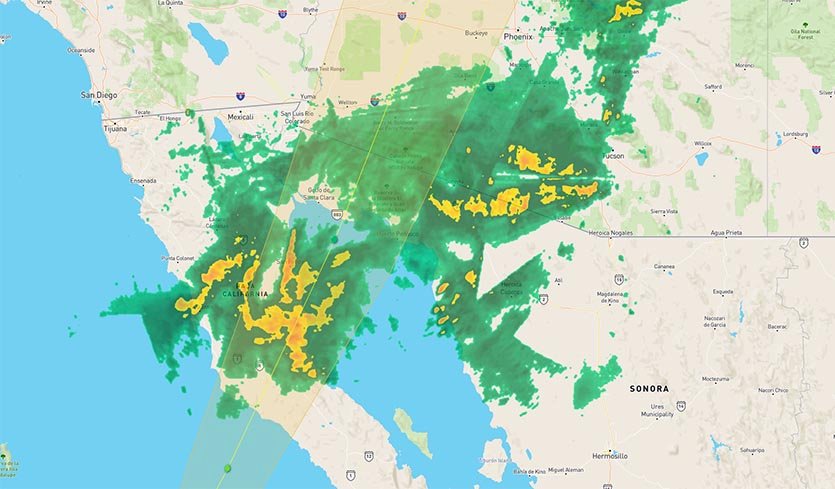 Quoting this piece and reposting its first two figures:

“Models indicate a tongue of rich moisture will shoot into the California/Arizona border region beginning on Monday, then spread into much of the Desert Southwest on Tuesday. This moisture will be capable of generating heavy rains of 2 – 4” capable of causing dangerous flash flooding. On the positive side, the entire Southwest is in drought, so Rosa’s rains will do much to ease the drought conditions there.” 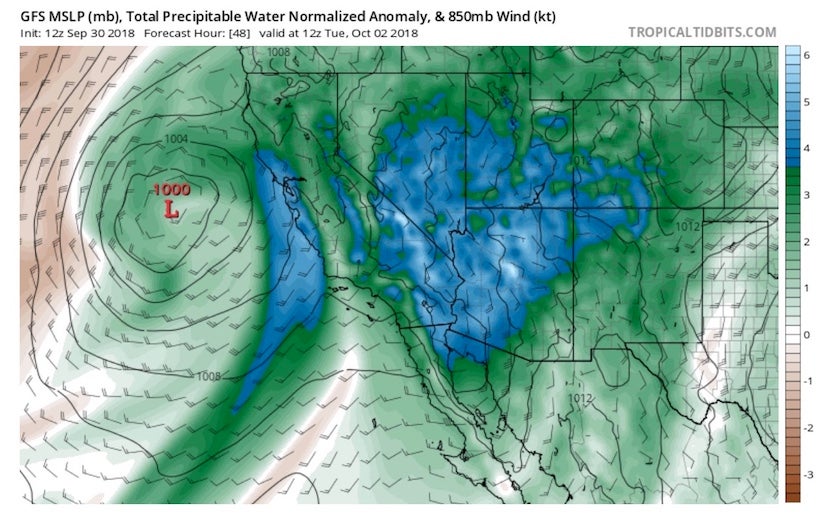 Figure 1. Precipitable water (PW, the amount of moisture in the air above a given point) will be unusually rich across the Southwest on Tuesday morning, running from 4 to 6 standard deviations above average for the time of year. PW values could reach 1.5” in the atmosphere over Las Vegas and 2.0” over Yuma. These would both set records for the highest values observed in any month from October through June. A separate zone of high PW will be moving into coastal Southern and Central California on Tuesday. Image credit: tropicaltidbits.com. 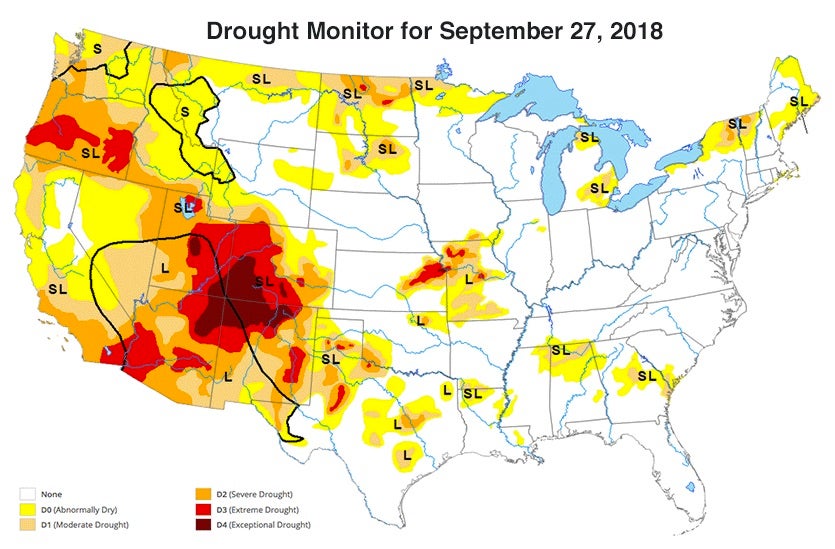 Figure 2. U.S. drought conditions as of September 27, 2018. Rosa’s heavy rains will be falling over regions in moderate to extreme drought. Image credit: USDA/University of Nebraska-Lincoln/NOAA.

The “scary” tie ins to Florence and Harvey to my prior post were on the overall unusual warmth surrounding all three weather systems and associated moisture in the atmosphere with climate change attribution aspects. As far as Rosa goes, Bob Henson of Weather Underground makes a good point:

This is really impressive moisture:  4 – 6 standard deviations from the seasonal norm! 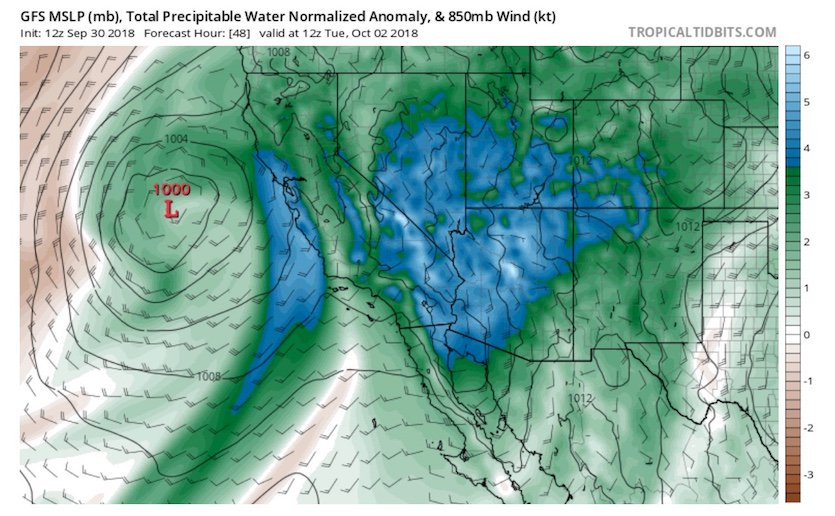 Updated precip total forecast for now through Wednesday morning. These amounts will cause flooding issues in some places! #azwx #cawx 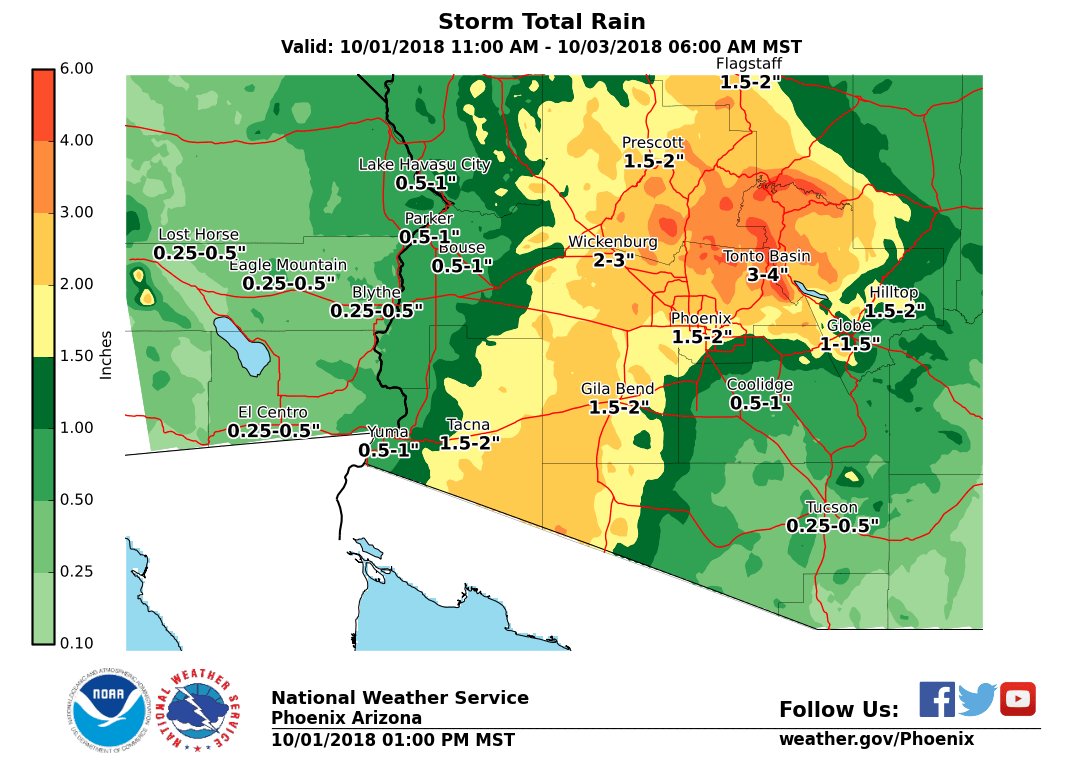 1:05 PM – 1 Oct 2018
.    There is some good news here. It does not look like Rosa will remain in tact enough to produce flooding rain in the Midwest, which looked like a possibility on 9/28 in my diary, but synoptically there is a possibility for a front to stall there producing overrunning, heavy precipitation sometime in early October. What damage will Rosa end up actually doing? I think relatively little compared with Florence and Harvey, but I will be reporting any on this site. I’ll stress here, though, that Rosa’s very presence has some climate change signatures not to be taken lightly even if the thing turns out to be fairly benign.
.    There will be record heat or near record heat interacting with any future system in the Midwest looking at thickness values on Tropical Tidbits charts. Here is an example:

I’m looking for plenty of those record warm to hot ET reports this week from Texas into the Southeast. What’s truly “horrifying” from a climate change standpoint will be 500 millibar heights in the East during the second week of October. In my 30+ year met career I don’t think I’ve seen anything quite as warm as this:

On the above Pivotal chart we see a mid July type 594+ decameter ridge centered over the Mid-Atlantic with a strong upper low forming over the Great Basin. While deep, I’ve seen stronger cold upper lows in the West during the early fall.

The GFS and ECMWF data are both forecasting an absolute behemoth of a ridge to develop over the Eastern USA in about 7 days. The huge 594dm ridge would be on the outside fringes of climatology for the second week of October. 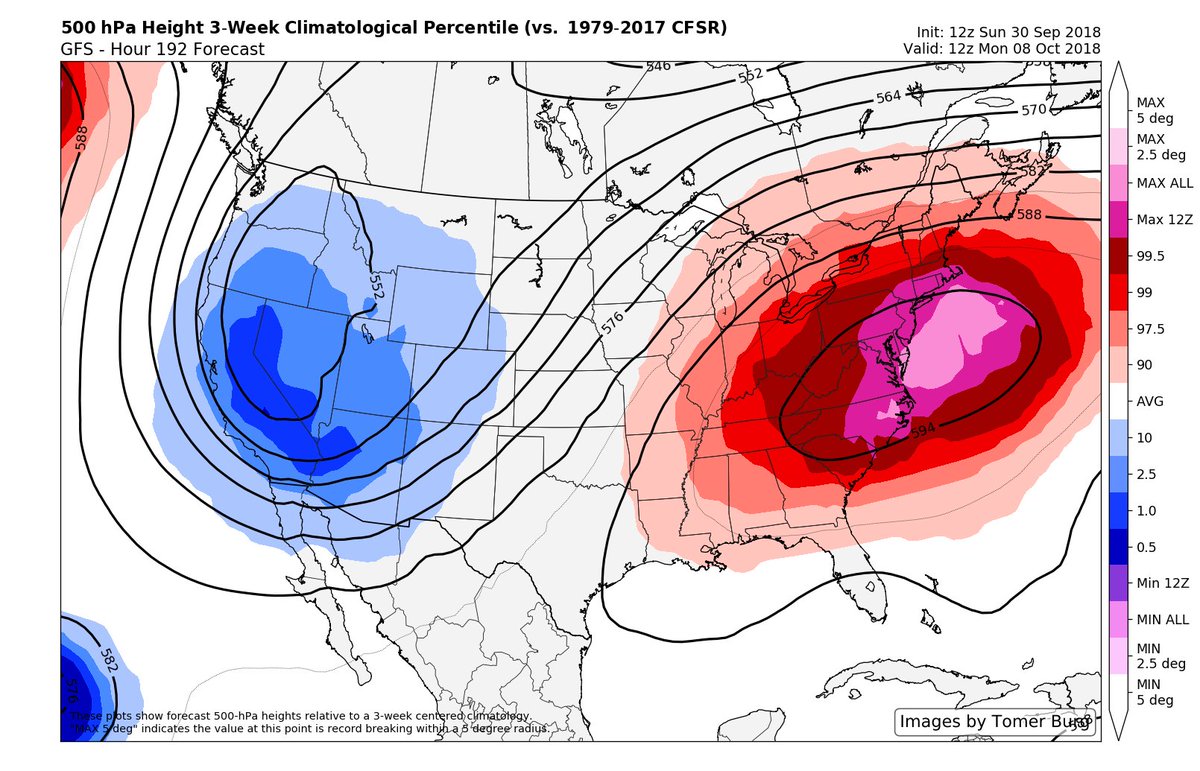 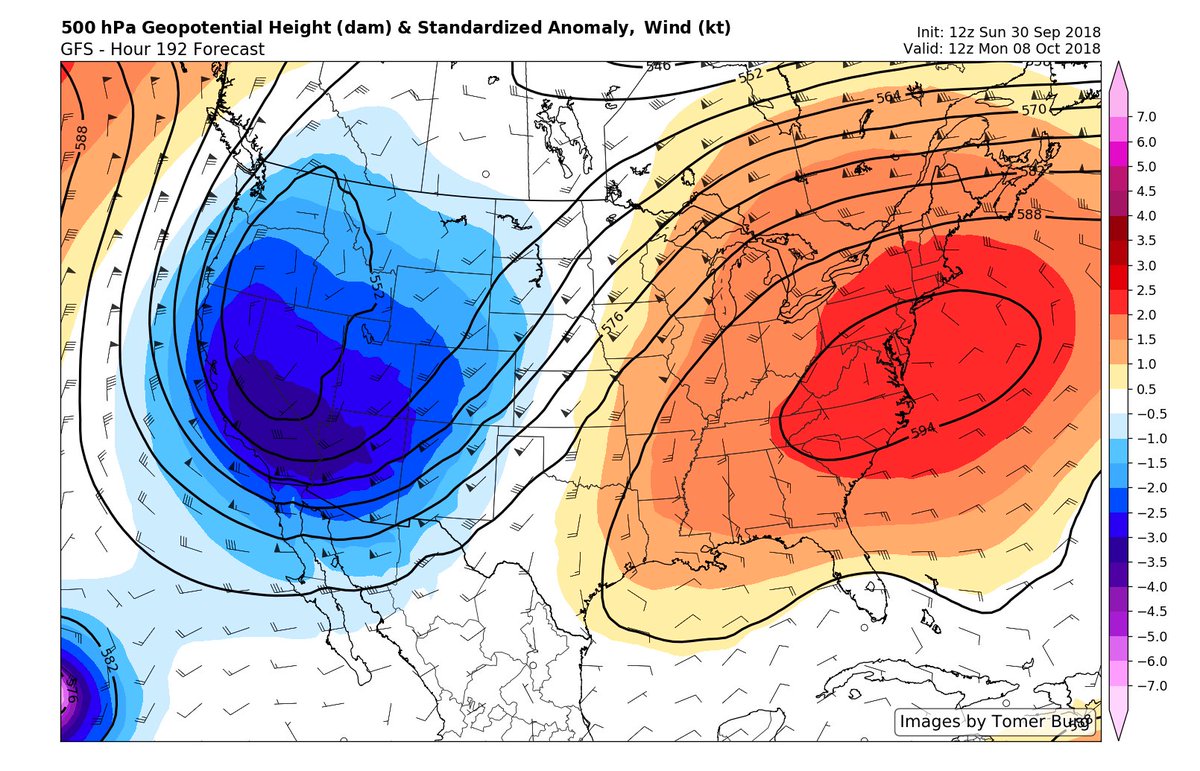 We could be looking at an early season snow storm for the Rockies, which would be in keeping with climatological norms, while seeing record heat in the East, and severe storms with flooding rain in the Plains:

By late this week we will have a pretty good idea just how anomalous the second week of October will be across the United States.

As far as this week goes temperature guidance due to programmed climatology is beginning to have a hard time forecasting anomalous warmth for exact maxes. The following values look very warm for 10/2 across the southern two thirds U.S., but may not be warm enough. We will see what verifies:

Spooked yet? Will October be a house of horrors weather wise for the United States, or will my country get some beneficial treats? We will see well before Halloween.

Arctic Predicted to Hit 4 C Warmer Than Normal Over Next Seven Days: http://youtu.be/y_h67LTf-gQ?a  via @YouTube

What happened to Fall? The forecast doesn’t hold much hope for fall-like temperatures. Here’s how we compare with normal and record temperatures over the last several weeks. Note that record low temperatures this time of year are near 40 degrees! #gawx 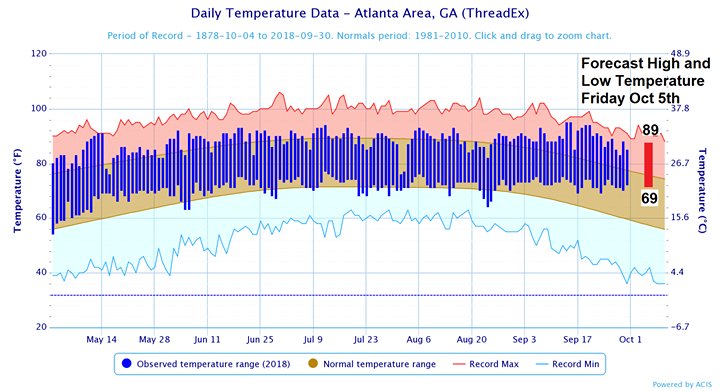 Warmest September on record in the Hampton Roads area. 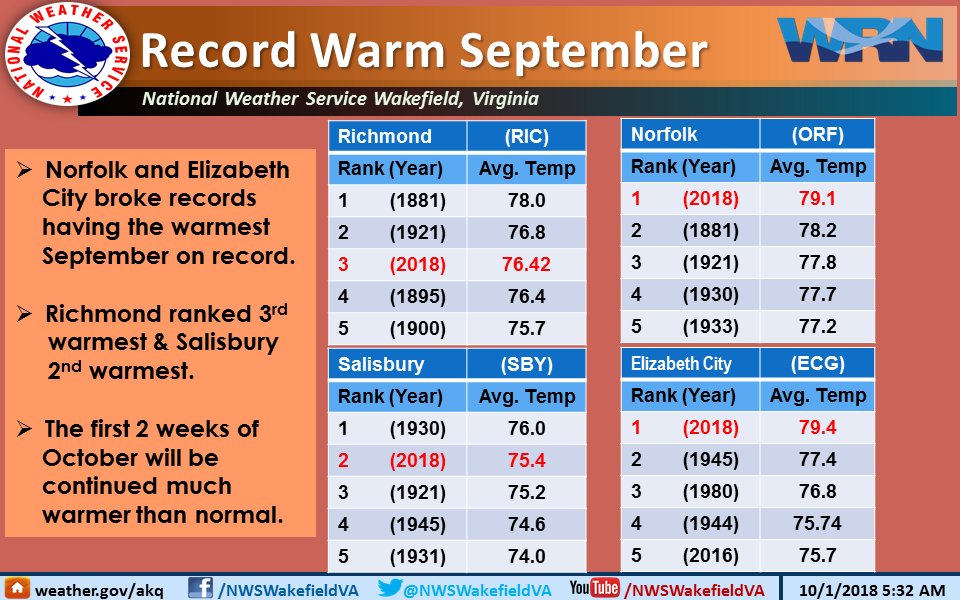 NWS WakefieldVerified account @NWSWakefieldVA
Record to near record warmth this September at our 4 main climate sites.  Norfolk and Elizabeth City rank as the warmest, Salisbury as the 2nd  warmest and Richmond as the 3rd warmest. Much of this warmth was due to  the persistent high humidity and warm…
9:25 AM – 1 Oct 2018

For the first time since early 2016, the Niño4, 3.4, and 3 regions are all at least 0.5°C above average–a sign that the system is trying to swing into El Niño territory. http://www.cpc.ncep.noaa.gov/data/indices/wksst8110.for … 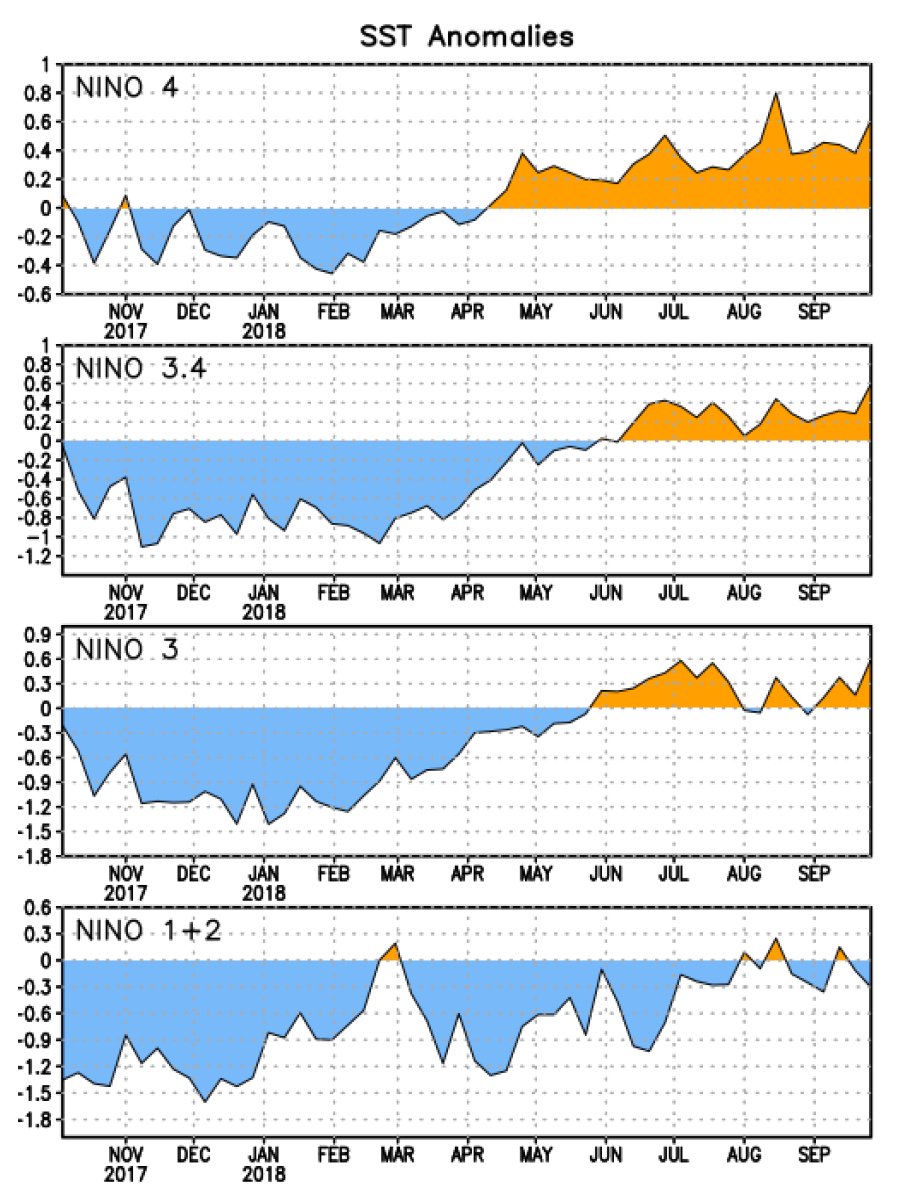 If we want to hold total global warming to around 1.5°C, global coal use would have to drop by two-thirds over the next 12 years (among other things): https://www.bloomberg.com/news/articles/2018-09-30/coal-pollution-gets-much-deeper-cut-ipcc-report-on-climate-change

Kong-rey has rapidly intensified into a super #typhoon, currently packing winds of 155 mph. It will pose a danger to Japan’s Ryukyu Islands later this week: https://wxch.nl/2Nhph5s 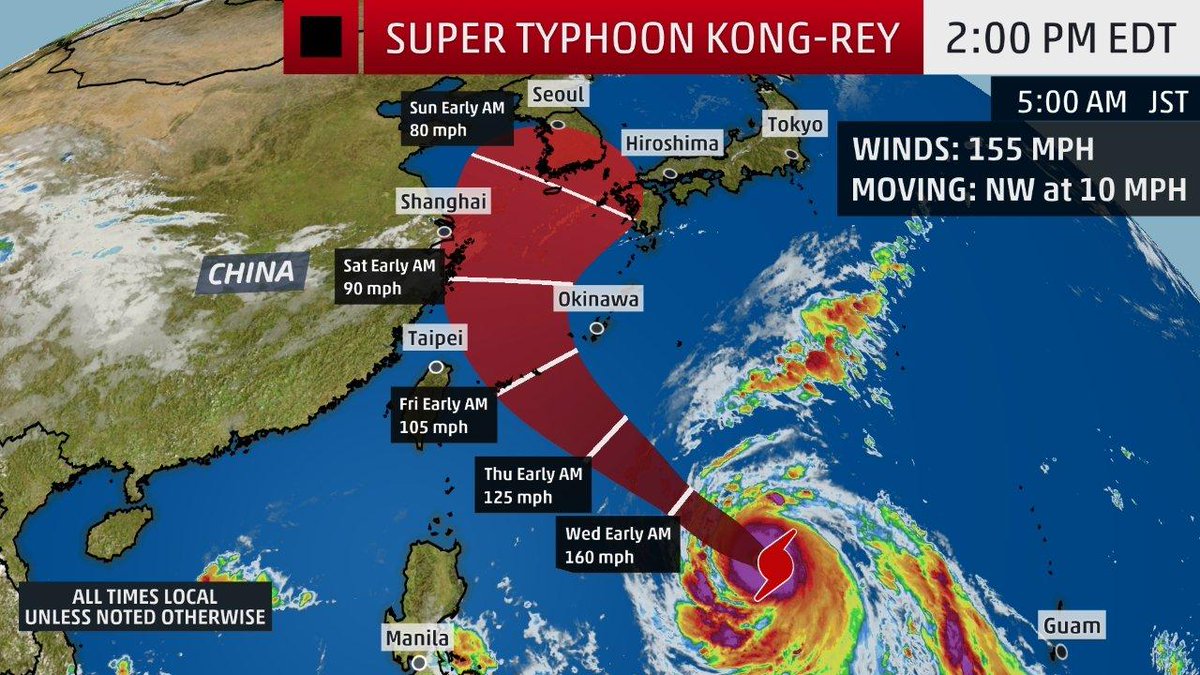 “The Long Hot Summer (part 2)” | Roland Pease (@PeaseRoland) interviews me & others climate scientists about unprecedented 2018 summer of extremes for @BBCWorld:

San Diego just had its second driest year in 168 years. This is not normal. Nothing is “normal” anymore. #climatechange 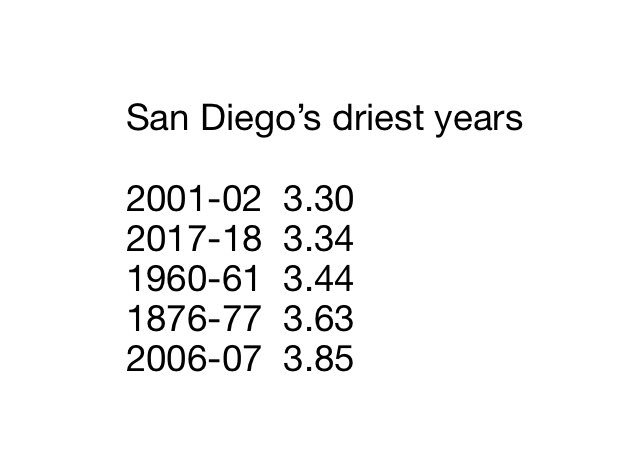 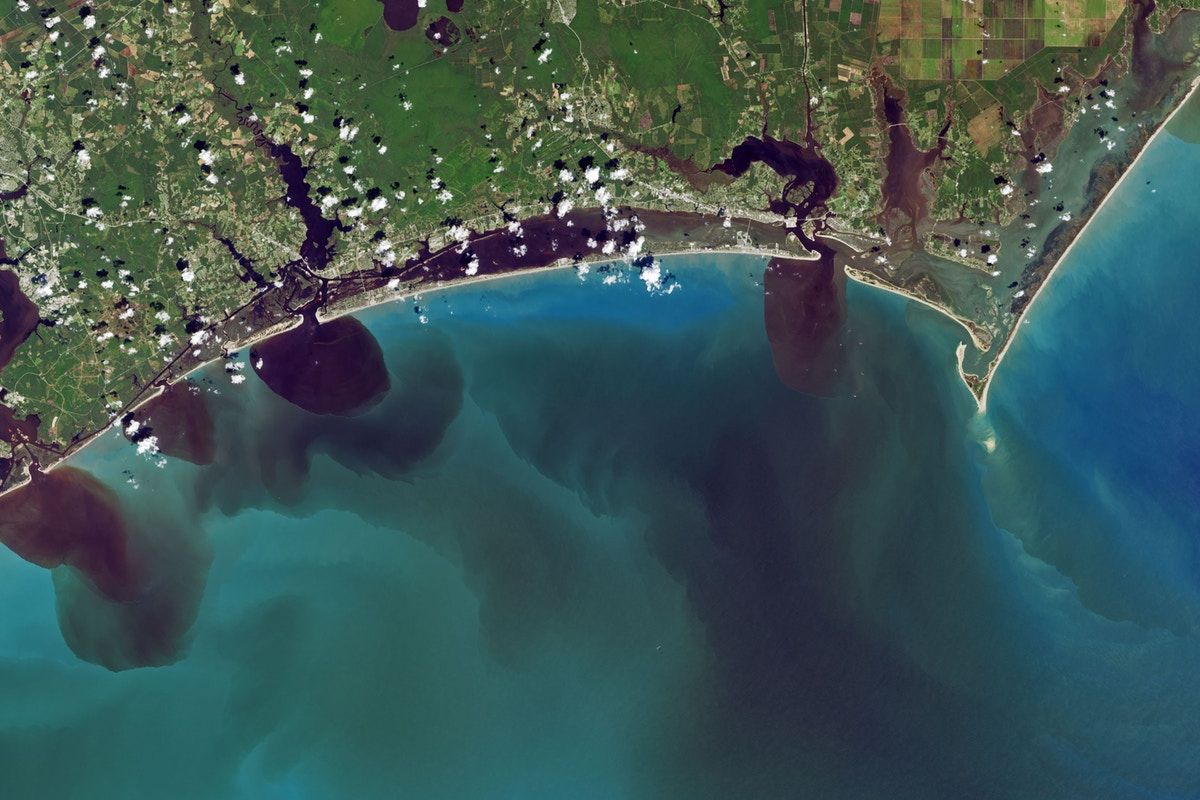 Here is one big ET from today: 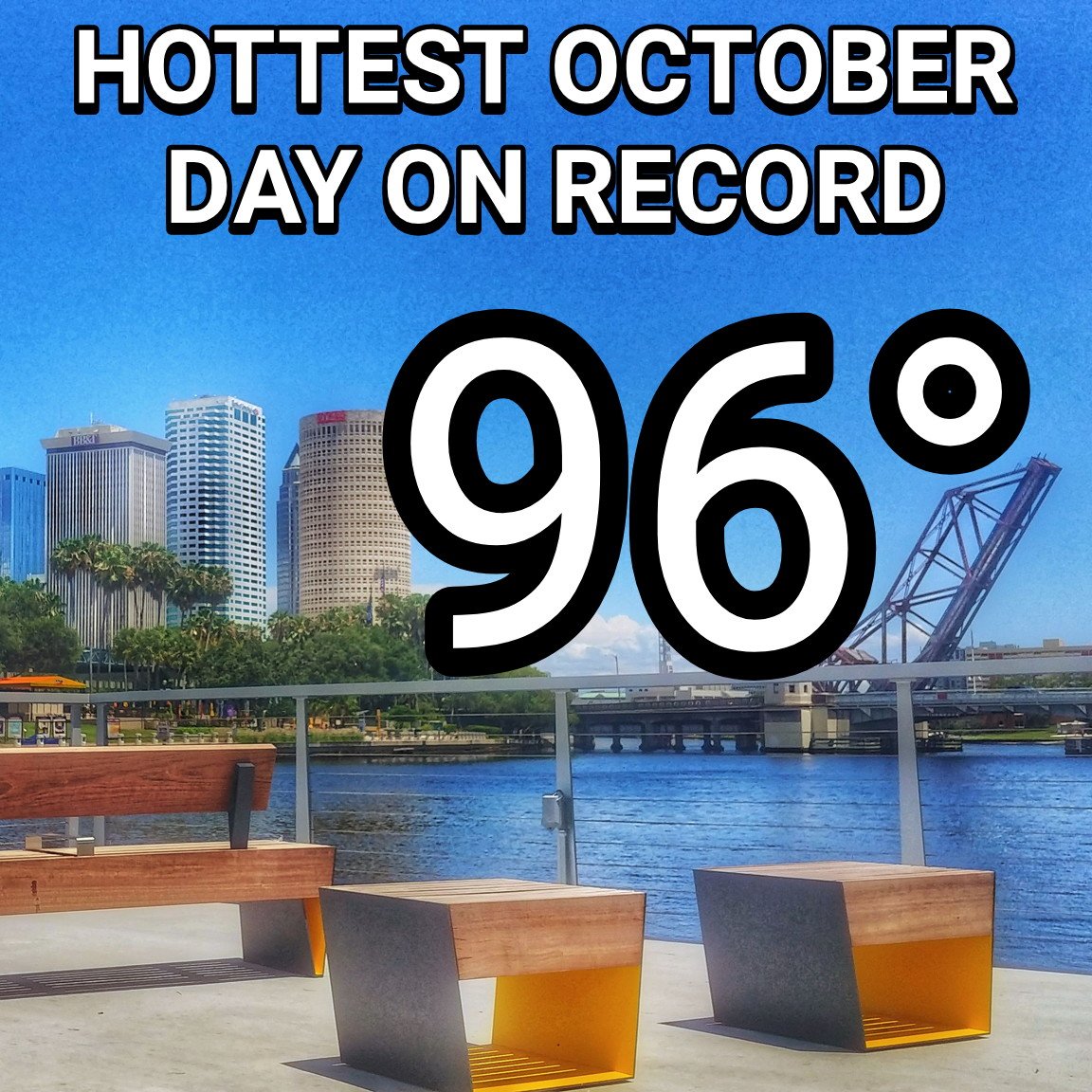 Overall, September 2018 was chilly in #Canada, except for the southeast. The coldest September on record for #Yellowknife & #GjoaHaven, and coldest since 1985 for #Calgary! #climate

More details on the coldest September on record in #Yellowknife and #GjoaHaven, which beat 1972 and 1997, respectively. Records are kept since 1942 and 1984, respectively. #Nunavut #NWT