Most of the time people don’t get jostled into action involving society only noticing a big problem when dollar signs flash before their eyes. When something becomes a personal pocket book issue, such as paying taxes, people pay attention. Perhaps as of 2018 and going forward in time most of the public won’t become involved with the climate issue until it hits them in the wallet or threatens the size of their nest egg. In the United States various past proposals for carbon and gasoline taxes have all been shot down in Congress because constituents and special interests don’t want to depart ways with any cash, not willing to sacrifice a dime for what I and others contend will be much money saved in the future via mitigation. Today I’d like to focus on rising statistics of billion dollar disasters and the new, higher cost of properly funding FEMA (The Federal Emergency Management Agency), which will become a taxing issue hitting all of our wallets, probably making more people jump and take notice.

Let’s look at the astounding high cost of Maria first, which I contend was made far worse due to climate change’s higher than average sea surface temperatures surrounding Puerto Rico in 2017. I read this CBS documentary and post on Puerto Rico, which is still recovering and losing its population, being abandoned by many for the mainland U.S.: https://www.cbsnews.com/news/puerto-rico-hurricane-maria-by-the-numbers-cbsn-originals/ I invite all to watch the video from the article which is heart wrenching.  Quoting stats from this article:

How hard is life in Puerto Rico? A fiscal plan published by the Financial Oversight and Management Board for Puerto Rico in June outlines many of the challenges. Here’s a look at the numbers:

Puerto Rico was in bad fiscal shape before Maria since 2004. Now the place is in terrible shape both structurally and fiscally even though so far this season, thankfully, there have been no new tropical threats. The exodus from Maria will obviously put more strain on local mainland economies. Will history change because of Maria preventing that territory from ever becoming the United States 51st state? Perhaps. Many residents feel that if Puerto Rico were an independent country more international aid would be flowing into the island. Will the mainland U.S. government spend enough taxpayer money to restore Puerto Rico to what it was before Maria? No, and promises aren’t being kept.

Unfortunately those who are left are fending for themselves with a slow trickle of resources coming from elsewhere. Will pressure mount as we move into the 2020s to increase the FEMA budget via tax increases and reallocation of other government resources? Indeed, but there will be great debate and push back from many corners of the U.S. to constrain money allocations. Is climate change beginning to create a dog eat dog world? I think so.

FEMA has an annual budget of $13 billion, which has had to be supplemented the last two years because of increased climate change related fires in the West and hurricanes in 2017 and Florence in 2018. From the CBS article the estimated cost of Maria was $80 billion. You do the math, which doesn’t even include costs for Harvey, Irma, and Florence. Speaking of Florence, someone has to be paid to clean up this fishy mess along I-40 in the wake of  hurricane waters: https://www.msn.com/en-us/news/us/hundreds-of-fish-stranded-on-i-40-after-hurricane-florence-floodwaters-recede/ar-AAAzX84?li=BBnbfcL&ocid=U506DHP

Nah, these poor things will probably be left to rot, but I did want to show this startling image.

The following Climate Central bar graph has been used frequently in posts showing the number of billion dollar disasters have been in the rise in conjunction with more global heat in an era of low inflation:

Obviously more climate change related disasters will put more pressure to raise FEMA’s budget. Paying for government assistance by funding FEMA via higher taxes is one thing. What about insurance?

Anyone who owns property, especially near the Gulf or Atlantic Coast will be paying more for insurance. Quoting the end of this article:

“The insurance companies will take care of themselves,” says Bob Hunter, director of insurance for the Consumer Federation of America.

Companies have come up with a variety of ways to handle the risks of climate change — from developing more accurate prediction models and relying on reinsurers such as Munich Re, to raising premiums or “hollowing out” policies by reducing their coverage.

“Rich people can afford richer policies,” Hunter says. “You have to pay a lot for that, but if your house gets destroyed, you’re going to get totally rebuilt. But poorer people who can’t afford that are going to buy slimmed down policies — some of them won’t even know they’re slimmed down until the event happens.”

“And then, the very poor will be priced out. Those are the people who will probably — not probably, will — get hurt the most,” he says.

That’s a point voiced not just by advocates, but also by regulators and some researchers in the insurance industry.

“If you think beyond the next 10, 20, 30 years, then climate change could play a major role when it comes to the issue of affordability or availability [of insurance] in certain areas,” says Rauch, Munich Re’s climatologist, who predicts these bills “will become, sooner or later, a social issue.”

“Because by the end of the day,” he adds, “someone has to pay for the increasing risk caused by climate change.”

So we and our progeny one way or another will pay for our collective carbon pollution. The rich may see some financial stress and the poor well… Nature has a cruel way of making things difficult for each of us to individually have a smooth, trouble free life. No one gets a free ride, especially moving forward into a hotter future. Climate change will just compound pressure on society to be cohesive and stable. Puerto Rico unfortunately, will probably be one of the first test cases to see how much a large, rich country is willing to pay for recovery for part of its territory. We’ll be watching to give a grade by say 2020. Oh, and can you spare a dime?

I’ll be adding more climate related info below in this space:

Meet the ‘climate refugees’ who already had to leave their homes https://buff.ly/2xLwCV3  via @guardian 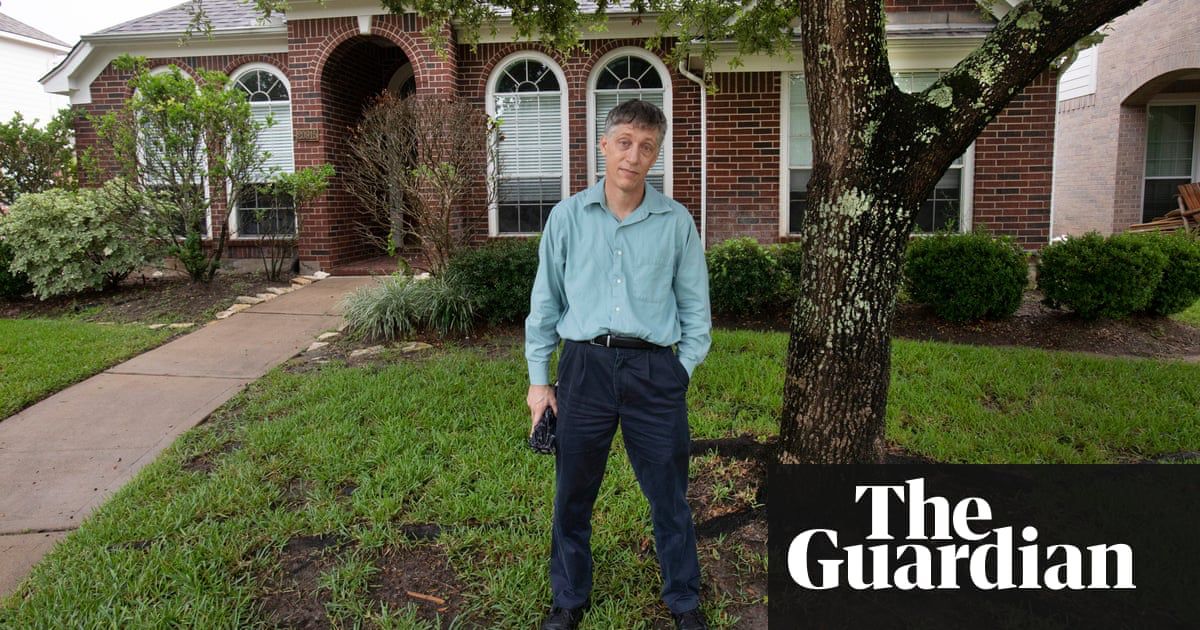 THIS is the definition of a slow motion disaster. #Florence made landfall 10 days ago and we still have’t reached the peak of the flooding.  This is the Rosewood community in Socastee. #scwx 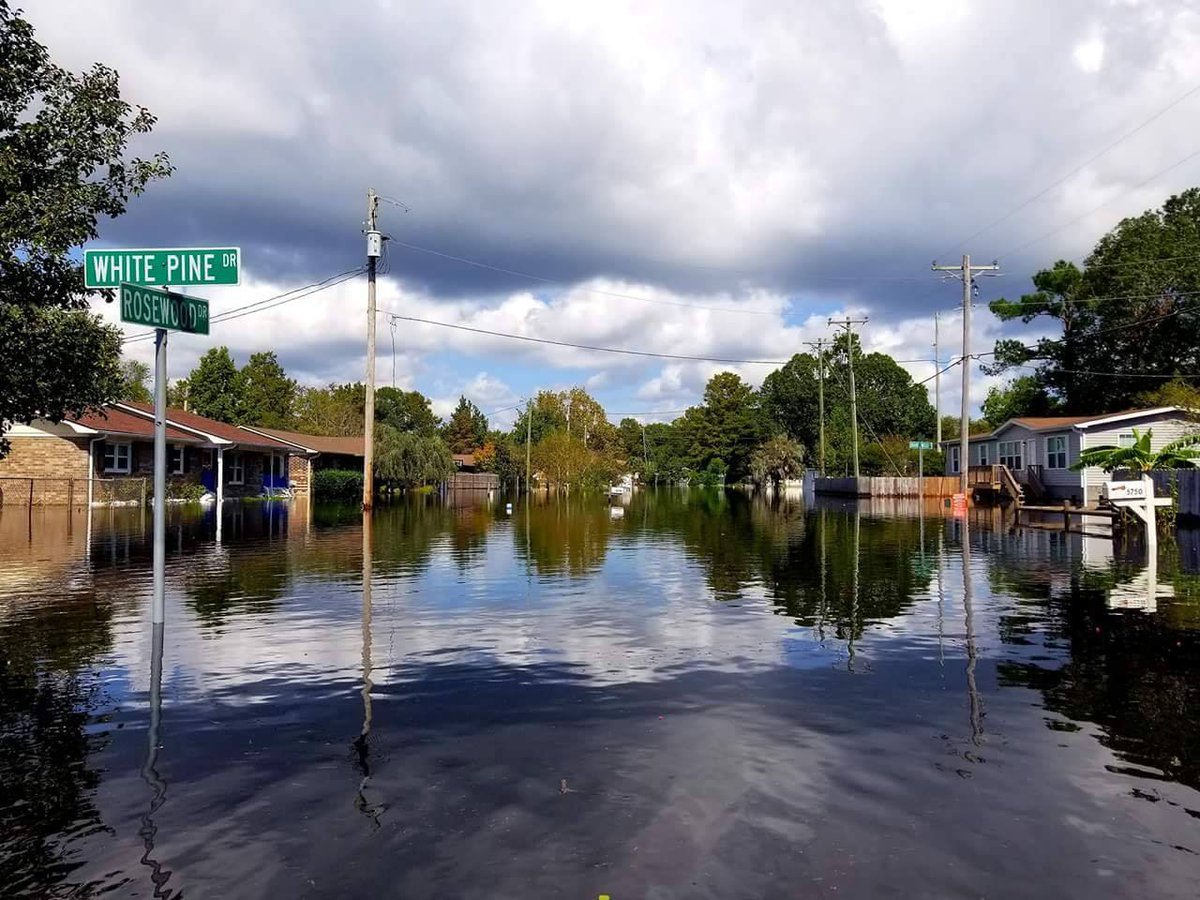 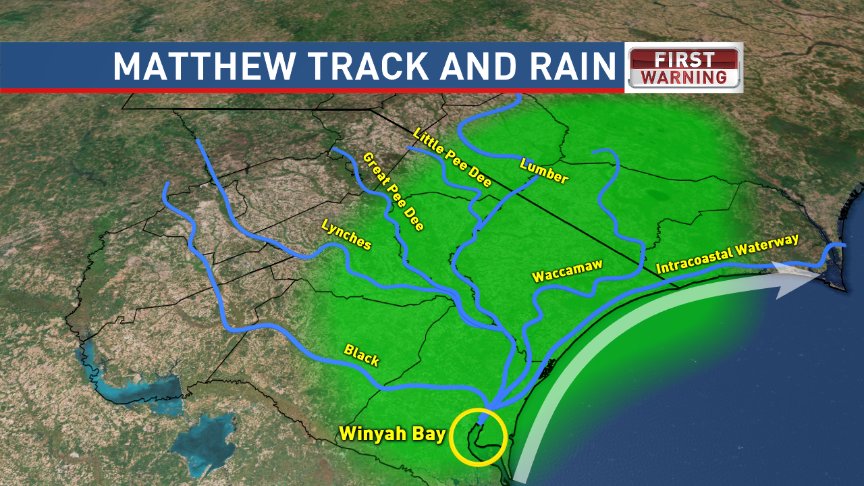 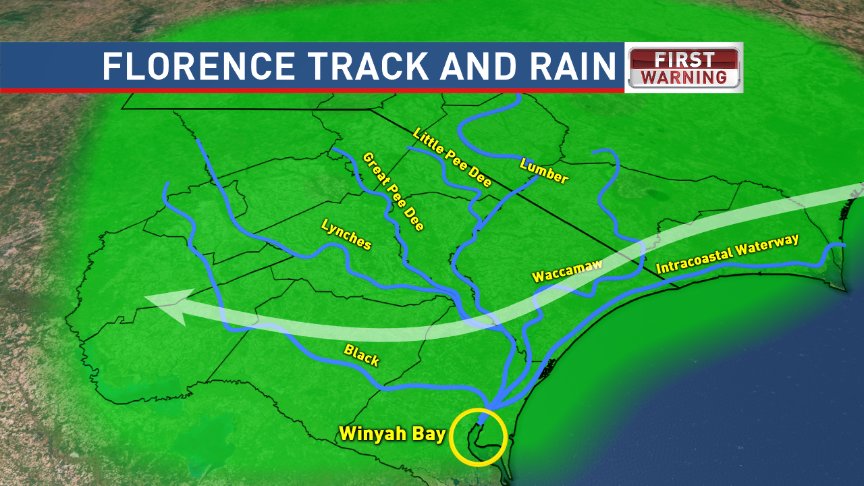