Ridging Implications For The Future: Sandy and Florence

Before starting today’s discussion let me emphasize that at this juncture there is no guarantee that Florence will make a U.S. landfall. Personally I will not state or forecast definitively that Florence will hit the East Coast as of September 6th. That stated model guidance as of 12Z THU is trending further west, which puts the East Coast in the crosshairs. Usually Cape Verde systems and anything moving north from the eastern Caribbean curves out to sea, particularly as we get later in the season due to cold troughs aloft moving off the East Coast picking these systems up out of the deep tropics, protecting the U.S. I contend that with time these cold troughs will get weaker due to typical fall weather coming later because of climate change, with warm ridges becoming more prevalent in and around New England. Perhaps the first real sign of this change was Sandy in 2012, which was an exceptionally late season system to affect the U.S. The atmosphere across the eastern U.S. into the north Atlantic and Canada looks exceptionally warm for early September this time around. At the very least Florence will get uncomfortably close to the United States due to this warm synoptic pattern.

Let’s look at recent history and see why the U.S. East Coast will probably become more vulnerable with time from August all the way through at least October. Sandy was a big warning shot in regards to late season hurricanes not recurving and hitting the East Coast. Just before making landfall in New Jersey the thing became extratropical becoming “Superstorm Sandy.” Regardless, Sandy was one of the worst hurricane related disasters to affect the United States. Quoting Wiki:

Hurricane Sandy (unofficially referred to as Superstorm Sandy)[1][2] was the deadliest and most destructive hurricane of the 2012 Atlantic hurricane season. Inflicting nearly $70 billion (2012 USD) in damage, it was the second-costliest hurricane on record in the United States until surpassed by hurricanes Harvey and Maria in 2017. The eighteenth named storm, tenth hurricane, and second major hurricane of the year, Sandy was a Category 3 storm at its peak intensity when it made landfall in Cuba.[3] While it was a Category 2 hurricane off the coast of the Northeastern United States, the storm became the largest Atlantic hurricane on record (as measured by diameter, with tropical-storm-force winds spanning 900 miles (1,400 km)).[4][5][6] At least 233 people were killed along the path of the storm in eight countries.[7][8]

What floored most of us at The Weather Channel at the time was the fact that Sandy got deflected west as late as near Halloween. Warm ridging aloft in the north Atlantic was the culprit sending Sandy westward into the northeastern U.S. Not incidentally 2012 was the warmest year on record for the United States.

What sends alarm bells ringing in my ears with Florence is that this hurricane is occurring  much earlier in the than Sandy, so ocean waters are warmer along its track, and there is potential shear. Shear spared the Northeast from getting hit by a major hurricane in 2012. By the time Sandy made landfall it’s tops had been sheared away making landfall at category one strength (and being dubbed extratropical). What I am seeing on models today is a far worse scenario, but doomsday is not etched in stone yet.

So,  climate change due to warmer air aloft will probably steer more severe storms into the East Coast. Compounded with rising seas the cost of inaction to prevent global warming will be very high indeed. Karma for the last major nation not to get in board the Paris Accords will be a hard thing to swallow.

In this space I will be posting more model data and information on Florence:

Since 1851, 67 named storms have passed within 200 nautical miles of #Florence’s present location, and not a single one has ever hit the United States. So if this one does, it would be a remarkable outlier. https://www.washingtonpost.com/news/capital-weather-gang/wp/2018/09/06/the-odds-of-hurricane-florence-affecting-the-u-s-east-coast-have-increased-a-little/ … @UMiamiRSMAS @capitalweather 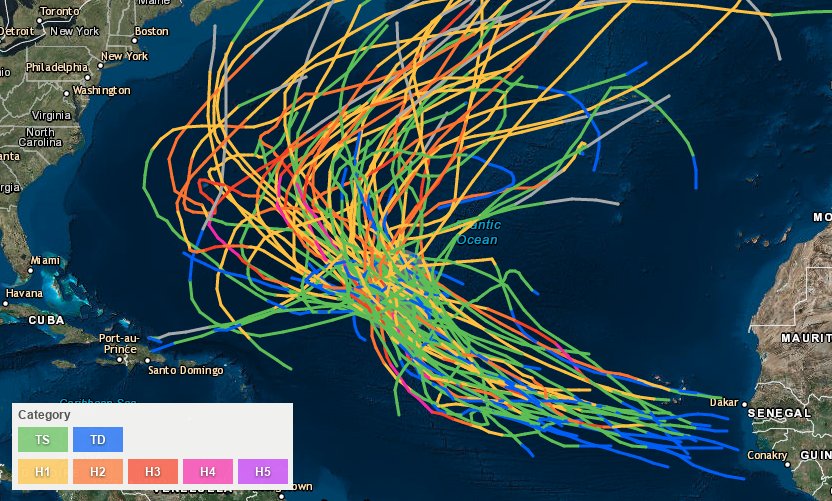 Oh my! A scenario much worse than that of Sandy with both Gotham and New England in play. Many possible locations for #Florence to make landfall up and down the East Coast. Still hoping that some weak short keeps this monster offshore. 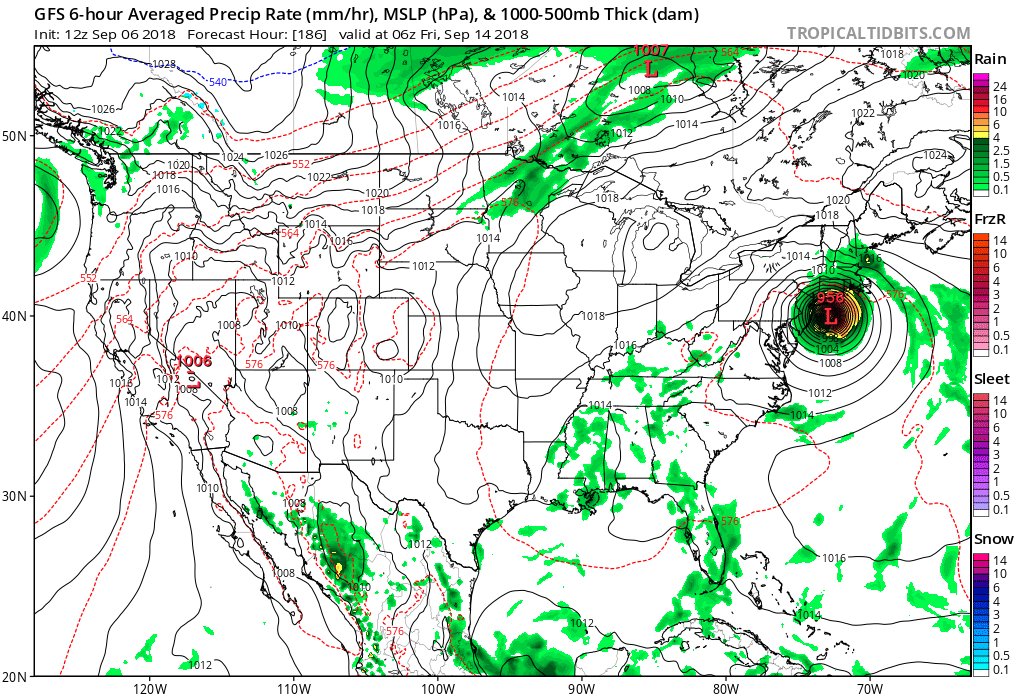 As she approaches the coast she encounters much warmer SSTs, and streamers of much greater atmospheric water vapour, that should intensify her. If the trough doesn’t steer her northward, the ridge will steer her toward the coast. Hoping for a miracle.
11:19 AM – 6 Sep 2018

The historical tracks of storms within 200 nautical miles of #Florence are going to do your forecast no good here. Forecast models, including ensembles, are suggesting a ridge on the outer periphery of climatology to the north of the storm. Nothing “normal” about this setup.

On Friday the heatwave in the Northeast will break. The only area of concern left as far as heat goes will be in the Southwest:

Since records began in 1895, summer overnight low temperatures are warming at a rate nearly twice as fast as afternoon high temperatures for the U.S.: http://bit.ly/USClimate201808  #StateOfClimate 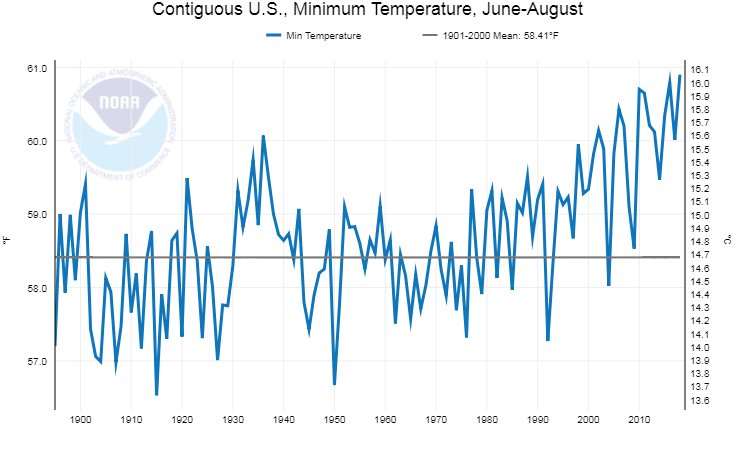 The amplitude of floods increased by a factor of eight – and sometimes even by a factor of 14 -, and vegetated landscapes may have been replaced by arid pebbly plains.