Sunday June 3rd… Dear Diary. The main purpose of this ongoing post will be to track United States extreme or record temperatures related to climate change. Any reports I see of ETs will be listed below the main topic of the day. I’ll refer to extreme or record temperatures as ETs (not extraterrestrials)😊. Here is today’s main climate change related hot topic:

No this post won’t be about rooting for terrible hurricanes to occur since I’m not satanic, although a few of my former coworkers would beg to differ.😉 After what happened in the Atlantic hurricane season last year several groups are starting to call for a new, higher category for hurricanes, which makes logical sense. A new Inside Climate News article, which I will be referring to, states that we need a new “category six:”

Beyond the media wow factor for saying that X system achieved yet another status, physically it just makes sense to have another step on the hurricane ladder given that higher wind speeds exponentially cause more damage:

Mann advocates for adding a new Category 6 to the Saffir-Simpson Hurricane Wind Scale to describe the extremely powerful super storms seen in recent years—storms that can be fueled by global warming.

“The current intensity scale doesn’t capture the fact that a 10 mph increase in sustained wind speeds ups the damage potential by 20 percent,” Mann said. “That’s not a subtle effect. It’s one that we can see.” Based on the spacing of Categories 1-5, there should be a Category 6 approaching peak winds of 190 mph, he said.

A third reason for having category 6 is that researches are beginning to come to the consensus that global warming is producing more powerful hurricanes via warmer sea surface temperatures. Gulp, even in my lifetime I’ve noticed many more powerful recent systems such as Andrew, Katrina and Irma. I’m in the camp stating that we will see many more 180+ mph storms well before the year 2030. I’ll conclude today’s hot topic with this passage from the article:

When it comes to hurricanes, most of the overwhelming damage, including loss of life, is from the “very few strongest storms,” Mann said. “What matters is how many Category 3, 4, and 5 storms we get, and we’re likely to see more of those storms, and more damage and loss of life as a result.”

What happened in Puerto Rico after Hurricane Maria is one example. The storm resulted in the greatest estimated loss of life on record from any storm in the U.S., with estimates of over 4,600 deaths, many from lack of access to medical care in the weeks and months after the storm, according to a new study published in the New England Journal of Medicine.

“That’s not a coincidence,” said Mann. “We have to recognize that by some measures, dangerous climate change isn’t some far-off thing we can look to avoid. It has arrived.”

In other news we are seeing some more interesting climatology for May. What a contrast between April and May! 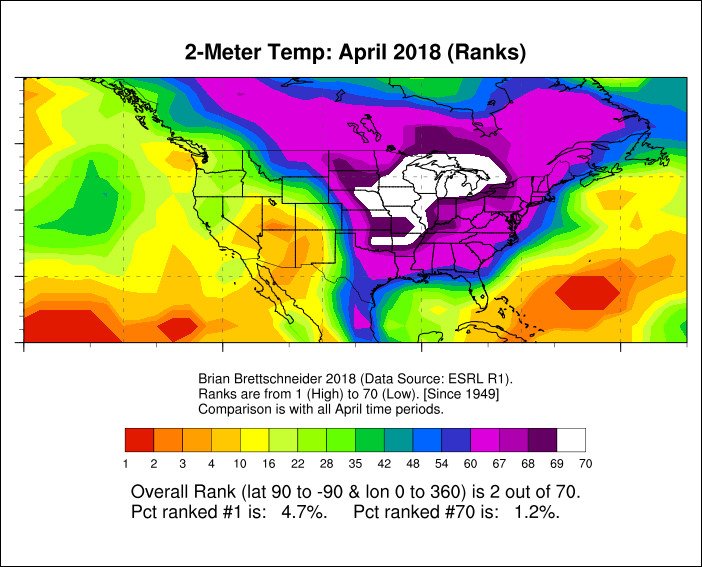 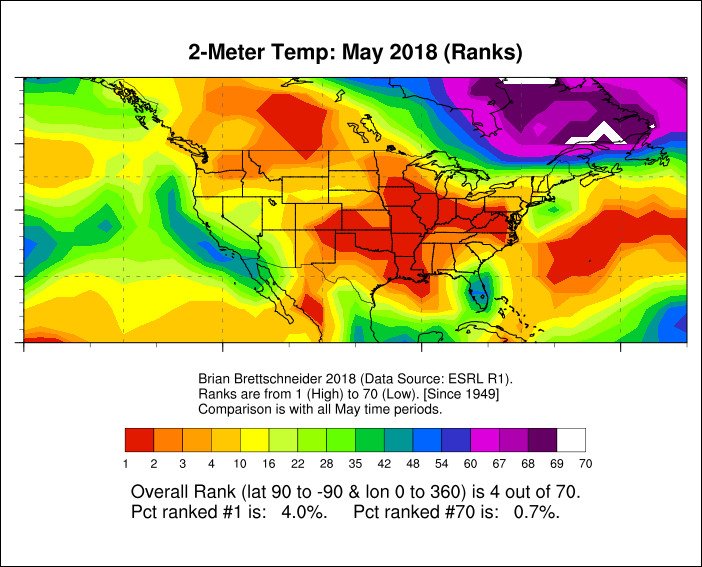 Global sea surface temperatures have now been above the 20th Century average for 504 consecutive months (June 1976 – May 2018). #ERSSTv5 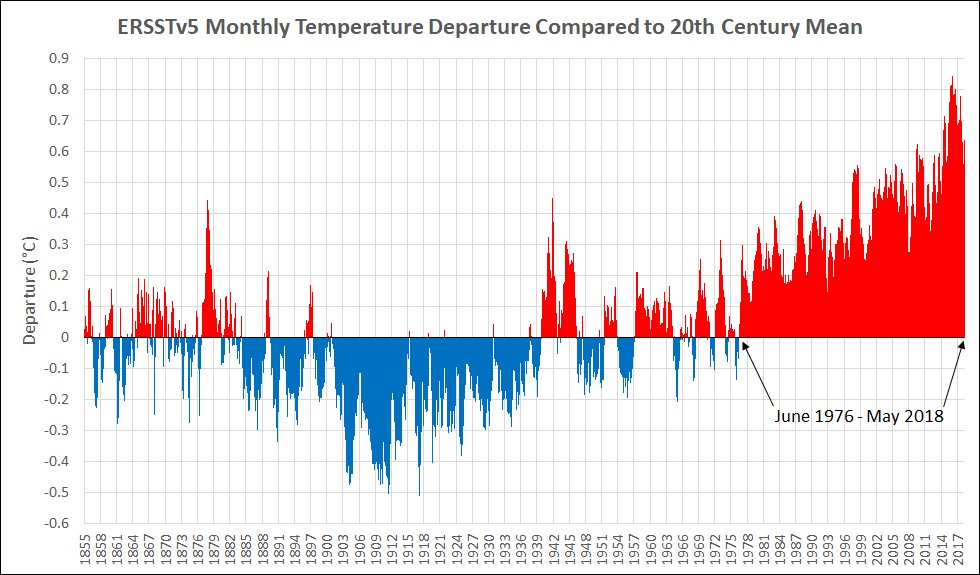 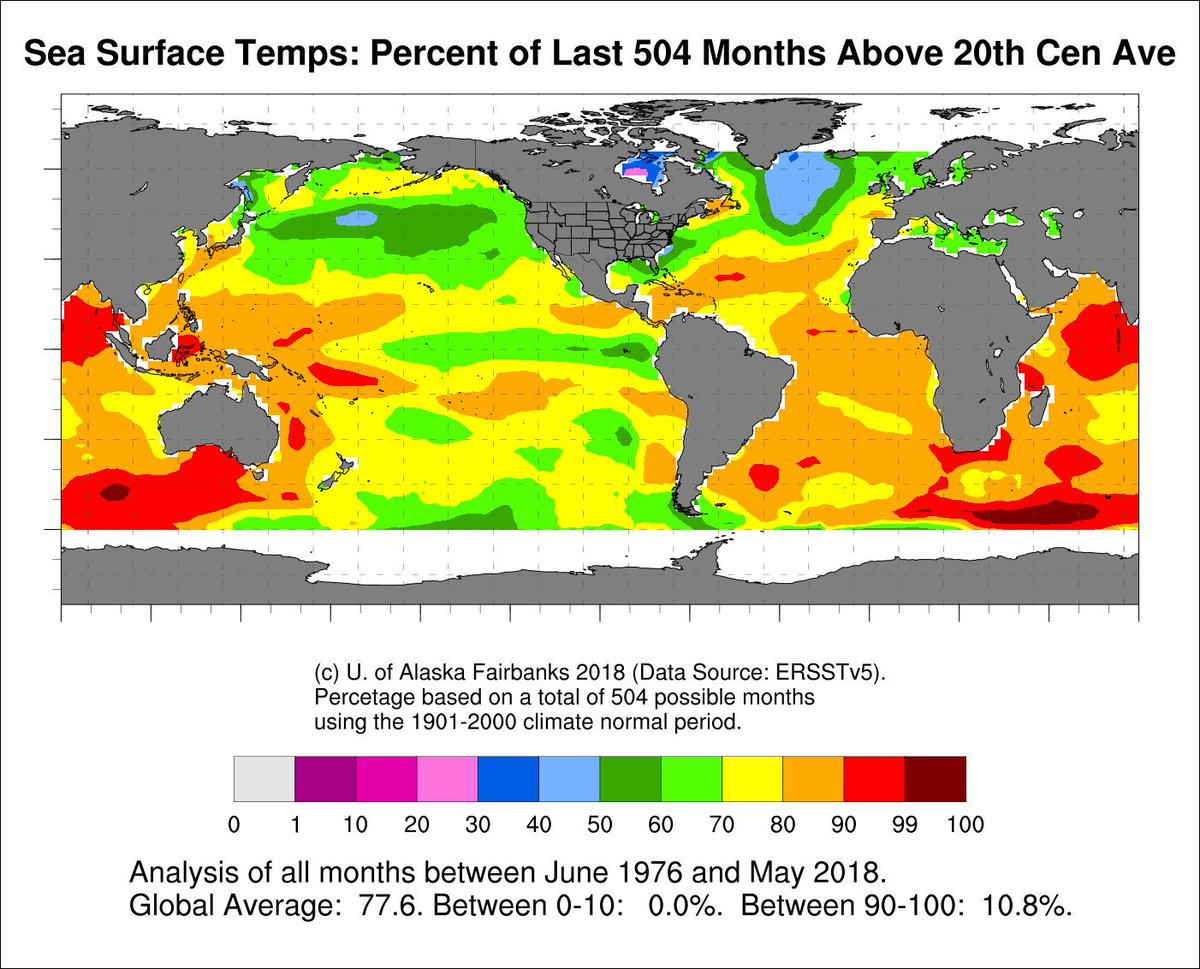 May 2018 was the hottest May on record at Lubbock. The city tied or broke six records for record high temperatures. June also started out on a hot note with a record-tying 107 degrees on June 1. #lubwx #txwx 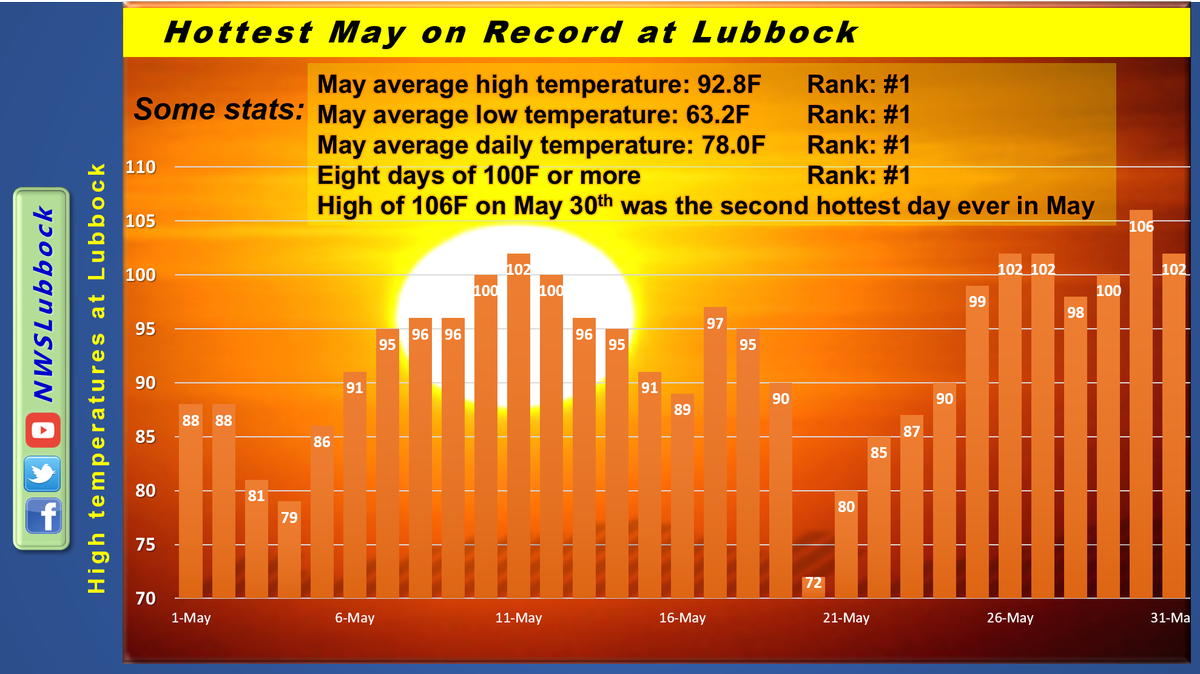