Tuesday April 17th… Dear Diary. The main purpose of this ongoing post will be to track United States extreme or record temperatures related to climate change. Any reports I see of ETs will be listed below the main topic of the day. I’ll refer to extreme or record temperatures as ETs (not extraterrestrials)😊. Here is today’s main climate change related topic:

How About Taxing Pipelines?

Well, today is tax day deadline day, which everyone hates but is necessary to keep our country funded. Most people think that the word tax is a four letter word. For decades carbon tax schemes have been bandied about government legislation bodies around the globe. I came out with my own suggestion a few months ago: http://www.guyonclimate.com/2017/08/30/carbon-damage-tax/ Mine would impose a tax on “brown” energy companies every time a big, destructive weather event occurred that could be attributed to carbon pollution, probably thrusting the climate issue more into the courts shedding light on just how much damage is being done by the burning of fossil fuels. We’ve known about the controversial Keystone Pipeline and other oil pipelines for decades now, which to my knowledge don’t pay people or the state any fees for running through and perhaps damaging land.

On top of taxing oil, gas and coal, why not tax their transportation? What about taxing any brown energy pipelines? Well, I’m sure that Scott Pruitt and company would loathe the idea, but 1) a pipe line tax would deter any from being built 2) would encourage solar and wind farms to be built instead and 3) might provide some needed funds for say schools. By the way since methane is involved I do put natural gas pipelines in the brown energy department:

This NPR article came out as West Virginia and Oklahoma teachers were going on strike for low pay and lack of resources. Oklahoma is covered with pipes, so if taxed even by a minute amount per mile, revenue could go a long way towards solving some  problems in that state. Unfortunately that’s not how greed works.

Taxes or tax breaks should be tools to better society whether it be education, the environment, or even social and economic justice. That’s why we have a progressive income tax rather than a flat tax, although their are many in this country that don’t hold the view that an income tax works best to fund our central government. Taxes can and do improve corporate behavior. Nonetheless, taxes are a very grey area since, in the case of the income tax, too much fostered on upper income individuals will stimey economic growth, and too much on the middle class will swell the ranks of the poor. We don’t want programs to become dependent on such a thing as a pipeline tax for revenue.

A pipeline tax, much like the tobacco tax, should be a deterrent. Taxes could also be leaved on trains and tankers, which literally in my mind, roll filth worse than some garbage across this land. On a related note: https://www.bloomberg.com/news/articles/2018-04-13/nations-strike-historic-deal-to-curb-shipping-industry-emissions

After reading this if any of you have comments to add to this post I’m definitely open for suggestions.

Three of Oklahoma’s biggest wildfires on record have occurred in the last 3 years. Tues is on track for “extremely critical” fire weather. Here’s how weather, climate, and landscape are boosting the threat of huge fires in OK. https://bit.ly/2EVpmr8 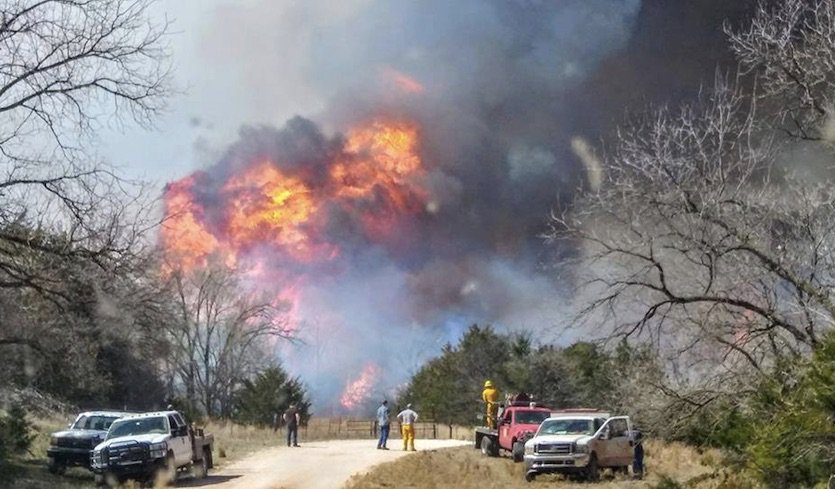