While the United States has seen a fairly typical January weather wise east of the Rockies, some portions of the planet have had some eyebrow raising and literally bat crazy conditions. Yes it got so hot in Australia during their summer that poor “flying foxes” got cooked out of the sky earlier this month:

(Image Credit CNN: Hundreds of dead flying foxes lay on the ground at a colony in Campbelltown, Australia where temperatures got to 115F.)

Campbelltown, home to a large bat colony, is about 36 miles (50 kilometers) southwest of Sydney, which has a mild Mediterranean climate but can on occasion have offshore flow, which advects hot air into the area, but temperatures above 110F are very rare.

Bob Henson of Weather Underground’s Category 6 site has done a masterful job compiling some January statistics showing how squirrelly or batty the weather has been across the planet due, in my opinion, to a strong influence by carbon pollution:

From record warmth in western Europe to record flooding in France to record snow in the Alps and very cold conditions in Asia, Bob covers the wacky weather of January 2018. Here are some of the statistical highlights from the article:

3) Massive amounts of snow fell on Davos, Switzerland, in the days leading up to the start of the 46th annual World Economic Forum. As the meeting began Tuesday morning (1/23) there was 157 cm (61.8”) of dense, compacted snow on the ground, according to the Switzerland Institute for Snow and Avalanche Research (which happens to be located in Davos). The snow depth was well short of the January record of 216 cm (85”), but it’s the first time such a snow dump has coincided with the high-profile Davos forum.

4) Strong surface high pressure and very cold air pushed into Mongolia, northern China, the Korean Peninsula, and Japan this week, leading to some uncommonly low temperatures even for places accustomed to frigid winter conditions. Readings fell as low as –53.2°C (–63.8°F) at Tsetsen-Uul, a peak in western Mongolia. Parts of extreme northeast China saw their coldest weather since 2001, including Tiluhe, which plummeted to –47.8°C (–54.0°F) on Thursday. Tokyo dipped to –4°C (25°F) on Thursday 1/25, its coldest reading in 48 years. The last time Tokyo got that cold was on Jan. 17, 1970. Several other Japanese cities had their lowest temperatures on record, albeit for datasets extending only back to the 1970s, including Otaki (–24.9°C on Thursday), Saitama (–9.8°C on Friday), and Ome (–9.3°C on Saturday 1/27).

During the last few days of this month a strong ridge is persisting over Europe, which will break down by 2/1:

A colder than average weather pattern will persist through the end of January for most of Siberia into eastern Asia:

What’s striking to me on these charts are so many blue cold pool, stormy areas south of warmer red areas. When you see these 500 millibar anomalies in winter you get frigid air building at the surface underneath red areas feeding into the blue stormy areas. Stu Ostro of The Weather Channel and I noticed the high frequency of “high over closed low” patterns worldwide as global warming slowly increased after the turn of the century. I suspect this is why we saw heavy snow in the Alps and why cold air moved over Japan in the wake of a nor’easter type storm on 1/24, although it’s definitely hard to parse out the percent of attribution for individual winter events: http://www.news.com.au/travel/travel-updates/australians-stranded-in-japan-with-hundreds-of-flights-cancelled-due-to-extreme-snowstorm/news-story/bad3f91c8add976bd844817b49e4edc1

Here are some ET reports from Southern California from Sunday 1/28:

Record heat across portions of SW California today. Here are the official records. Even more records possible tomorrow as highs are expected to be a tad warmer in various locations. #CAwx #LAweather #SoCal #LAheat 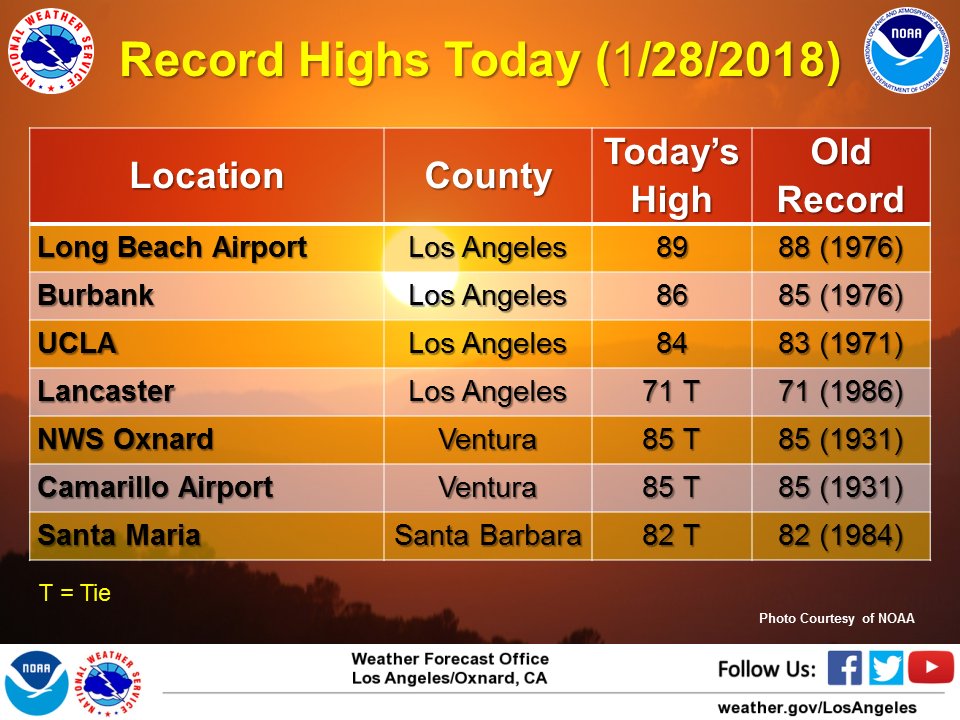 High temperature records set today / It was a warm #January day, especially along the coast / #SanDiego was 1 degree shy of the record / #cawx 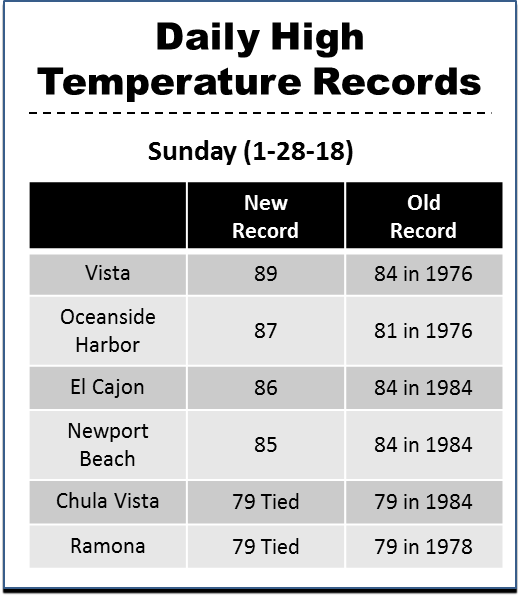 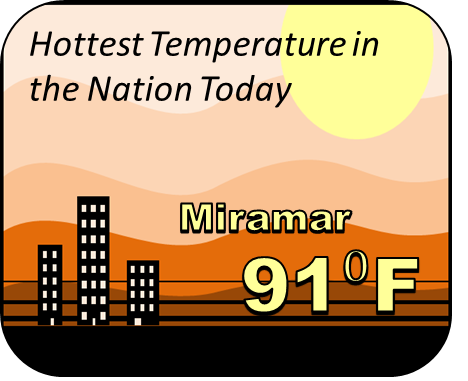